Accurate Home Care on the Mend |
Skip to content 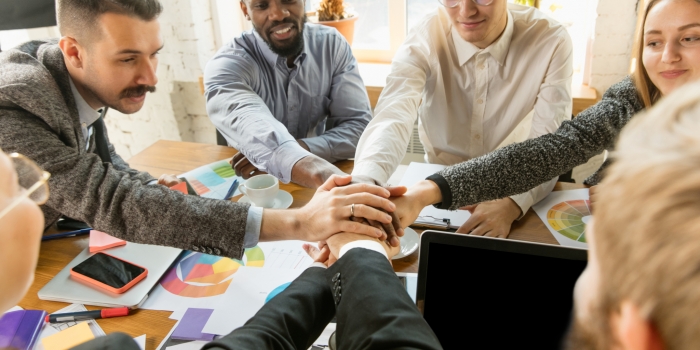 Accurate Home Care on the Mend

OTSEGO, Minn. (March 26, 2019) —Accurate Home Care LLC today announced it has paid the U.S. Attorney’s Office $726,957 to cover fines, penalties and interest related to an overbilling of Medicare and Medicaid that occurred during 2015 and 2016. The total fine includes approximately $200,000 the company has paid back to the federal health insurance programs since it self-reported the matter in April 2017.

Accurate has also settled claims with the Minnesota Department of Human Services to pay related fines and penalties for incorrect mental health billing during 2015 and 2016. The amount to be paid back to the State is $286,000.

“This was one of several problems that existed when we came onboard to reenergize a company that, while consistently providing excellent service to patients, had been poorly managed financially,” said Bill English, Accurate Home Care’s CEO since July 2018, and COO between January and July 2018. English also is an executive consultant with The Platinum Group, a Minnetonka-based executive advisory firm specializing in leading business turnarounds.

These troubles began to surface in August of 2008 when Accurate Home Care reached a settlement with the Minnesota Attorney General for wrongful billing between September, 2003 and February 2005, which resulted in a penalty of $30,814. Then, in August of 2012,  the Federal Department of Labor found the company had violated the Fair Labor Standards Act by not properly paying overtime wages to 61 Elk River, Minnesota Care Providers.  The company was forced to pay $274,884 in back pay to these Care providers. Things became worse in June 2015, when the company was forced to pay $334,562 to the U.S. Health and Human Services Inspector General’s office for employing an individual who was ineligible to provide services to Medicaid beneficiaries.  In that same year, management signed a 10-year lease for new office space that nearly quadrupled their rent without a commensurate increase in revenue to cover the increased expense. The company lost well over $8M in 2016 and the Board of  Directors hired Rick Bourne to be the new CEO of Accurate Home Care, hoping he could grow the company out of their financial problems.

But these problems further worsened in the spring of 2017, when Bourne hired an external accounting firm to audit Accurate’s operations. That audit found the company had been billing both private insurers and Medicare/Medicaid for the same claims in 2015 and 2016. It also found some of the additional issues mentioned above, which in turn led Accurate’s board to hire The Platinum Group in January of 2018. Bourne transitioned out of the company in July of 2018.

“Rick helped save the company by discovering some of its greatest weaknesses and working hard to start the process toward the financial recovery of Accurate Home Care,” English said. “Since then, I’m proud to say that the excellent headquarters team have helped us improve in just about every area. Most importantly, we went from losing nearly $500,000 a month in January 2018 to near-break even presently. We’re now headed toward operating at a profit for the first time in more than six years.”

Accurate improved its financial processes and procedures during this time, allowing it to collect more than $1 million in past due receivables, and now monitors its cash flows daily.  And its recruitment and onboarding programs have been revamped and improved, allowing Accurate to increase its talent base.  Accurate is well on its way to employing enough Care Providers to meet market demand. Today it can accept more than double the number of new patients calling for its services, compared with January 2018 levels.

“I’m proud of everyone who helped us achieve what we have in such a short period of time,” English said. “As with any business, there will always be additional challenges, and I’m confident we will succeed through them as well.”

Accurate Home Care LLC fills a need for full-time, long-term home nursing care throughout the state of Minnesota. Its personal care assistant (PCA) and homemaking services provide crucial caregiving relief to both patients and their families in need of medical and personal care in a home environment. Such care requires a special caliber of employee who enjoys a flexible work schedule while developing one-on-one relationships with their patients. Accurate hires and develops accomplished nurses and PCAs that gravitate toward that paradigm, and rewards them with solid benefits, recognition and career growth opportunities. (More)

More about The Platinum Group

The Platinum Group increases the value of small- to middle-market companies experiencing significant challenges or exploring major opportunities. These include privately held or family owned businesses, as well as those owned by private equity funds, family offices and larger enterprises. It also includes nonprofit organizations. The firm’s unique group of seasoned business veterans understand the complexity and challenges of business ownership, and offer assistance in many industries, with a focus on manufacturing, distribution and services companies.   (More)

Call today to receive care for you or your loved one.

Open positions that we consistently recruit throughout Minnesota.